TSA scholar shares first-hand experience as a hospital volunteer during the pandemic: “My job will always require sacrifices. You could see the suffering in people’s eyes, the pleas for help in order to return home recovered.”

Emanuil Atanasov is from the town of Sredets, Burgas region, a first-year student in the “Medical Assistant” degree program at the Thracian University – Stara Zagora. He is a scholarship holder in the program for Roma students enrolled in medical studies  of the Active Citizens Fund Bulgaria, managed by the Trust for Social Achievement. In parallel with the adaptation to online education in recent months, in the first year of his studies, Emanuil joined the ranks of his fellow medical professionals in order to be useful in times that are difficult for our healthcare system. 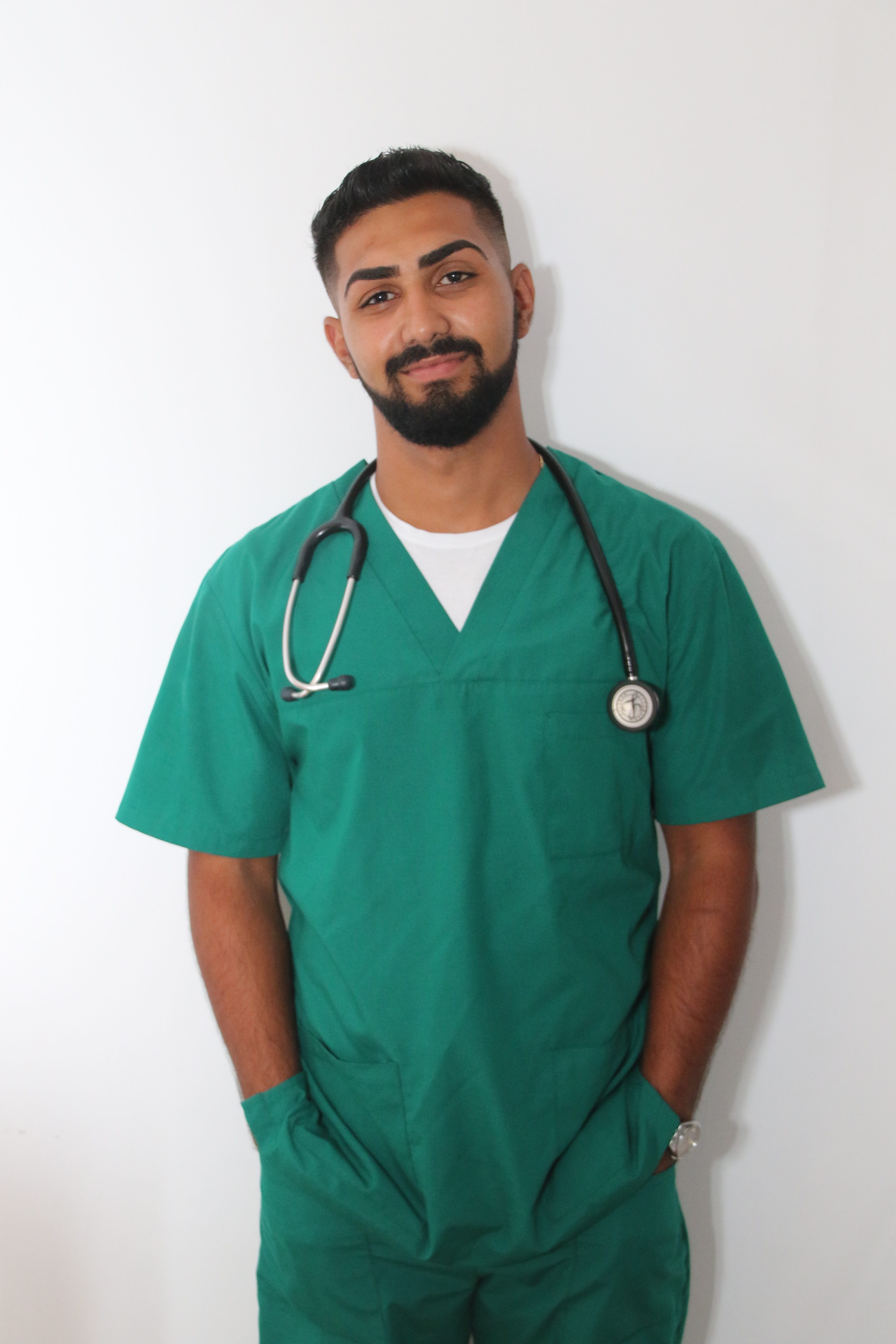 He says that his childhood dream was to become a pastor and with the encouragement that his teacher gave him, he was moving toward this almost until the end of his secondary education – “she used to tell me that I have a big soul, I am compassionate, I am ready to help anyone”, Emanuil tells us. In March 2019, however, his grandmother passed away, and the day after her death, his grandfather was admitted to hospital for emergency surgery, having been diagnosed with cancer. “After that, my plans totally failed, I was devastated, because only then did I realize what it was like to fight for someone’s life, to give your best so that this person can be with their relatives again.” After what happened, Emanuel firmly decided to dedicate himself to the cause of helping people not only spiritually but also physically.

We ask him about his first academic year:

The academic year ended successfully for me, although there were obstacles, I did not give up. My goal is to prove that I can, that this is my calling. I am grateful to many of my friends, relatives, and especially to professor Marinova (Emanuil’s mentor within the program for Mentorship Support for Roma students enrolled in medical studies within the Active Citizens Fund Bulgaria) who encouraged me during the semesters. The most difficult part of the academic year was online learning. I had the feeling that this was a big gap in front of me, which I had to cross with a lot of effort. I am very happy with my achievements, because I have never had such progress and success! You need perseverance and persistance, because if one gives up, all efforts and dreams are in vain.

To our request to tell a little more about the time since the beginning of the pandemic, Emanuil responds:

In March, when we were at the beginning of the COVID-19 epidemic, vacancies for volunteer work related to the fight against the coronavirus had been announced at the University hospital “Virgin Mary”. I applied, in April I received a call that I was approved and I could go to the hospital to get acquainted with the situation and the rules. Initially, I was scared and hesitated whether I had made a bad choice so as not to infect my loved ones if I was infected… Concerns about my volunteer work during the pandemic were great, but my job will always require sacrifices. Whatever happens, I will be glad to have helped someone. The medical profession is not a job, but a calling!

In the eyes of the people entering the ward, there was suffering, pleas for help in order to return home recovered. Most of all, we were pleased to see the patients improve, to see their smiles and sparks of happiness. There I learned that there is nothing more valuable than HEALTH! When a person is healthy, he can do anything. My work in the ward continued until the end of May.

In June, I again applied to volunteer in another ward, Vascular Surgery and Orthopedics. The staff working in this department is unique. I adapted very quickly. It will be difficult for me when I part with them, because they have taught me many useful things that I will need in the future. They taught me how to make bandages, dosing antibiotics, giving all kinds of injections, etc.

… I want to help people, I want them to be alive and healthy, to keep them happy with us medics. To let them know that there are qualified doctors who can take care of them, can help those suffering and people in need, that they are ready to stay in Bulgaria!

Emanuil is also involved in activities in support of the Roma community in his hometown of Sredets. He and his fellow citizens from the local church community help people in need, mainly with food, medicine or transportation to a hospital. During the state of emergency, they helped large families every week by handing out food packages, and they also held an information campaign on how to prevent viruses and maintain personal hygiene, during which hygiene materials were distributed.

We did not skip the topic of stereotypes about the Roma, noting that the Roma community has been the subject of a lot of finger-pointing for most of the past months. Emanuil is convinced that the only way out and response of the Roma community should be education, adaptation to the 21st century,  end to early marriages and overcoming the idea that Roma are second-hand people. He himself does not deny that he has always strived in order not to be compared to anyone, because everyone is human and equal, and his aspiration both in his studies and volunteering is to go beyond the usual framework known to society.

Emanuil gratefully admits that he relies on his scholarship to cover the cost of transportation to the hospital where he volunteers. He doesn’t spare his thanks to his family and to his relatives and friends who have supported him.

Emanuil’s mentor, prof. Dr. Juliana Marinova, Head of the Department of Social Medicine and Health Management at the Thracian University, shares her impressions of their joint work during the last semester:

In this complex situation, our acquaintance is still remote, but this did not prevent me from sensing the strong will and positive energy of a young person to achieve his goals, regardless of the difficulties and challenges, from our very first conversation. Emanuil successfully coped with the biggest challenge – the transition to distance learning through the electronic platform of the Thracian University. Indeed, Emanuil achieved very good, satisfactory results in his studies during the summer semester. Emanuil is highly motivated to achieve even better results during his training in the “Medical Assistant” program in order to achieve higher academic success and successful performance and passing of exams.

It is a pleasure for me to share my satisfaction with Emanuil’s commitment to an extremely humane cause in support of efforts to help those in need in the face of the Covid-19 epidemic. I am sure that the support he gets from the Scholarship Program is highly valued by him and further strengthens his motivation for realization in his chosen highly humane profession.

Emanuil’s advice to young Roma – those who have graduated or are still studying – is to follow their dreams and not give up, because in life there is time for everything – for family and education, but it is impossible to succeed without education. “SEARCH, DREAM AND DISCOVER !!!” Emanuil concludes his story.

Roma volunteer students conducted an information campaign on the prevention of hypertension and diabetes during an event on 22 August in the Nadezhda neighbourhood in Sliven. It was the last of a series of volunteer initiatives for 2019 organised by students studying medical degrees under the Mentorship support for Roma students studying health specialties project.

The campaign aimed to inform the local community more about the importance of prevention of hypertension and diabetes. Socially significant illnesses are significantly more common in poor communities, with minimal health education and awareness, unhealthy eating and poor living conditions being the main factors behind this.

During the campaign, which included blood pressure measurement and blood sugar measurement, scholars were supported by the foundation “Health of the Roma” and its leader, Dr. Stefan Panayotov, the National Health Mediators Network, and Doctors Without Borders.

The project is being implemented within the framework of the Active citizens fund Bulgaria under the Financial Mechanism of the European Economic Area 2014-2021. Three voluntary initiatives were held in Byala Slatina, Lom and Sliven. The first one was organized on the topic “Drugs – the health damage from their use and the consequences of addiction” and the second in Lom on “Healthy eating among adolescents and young people”. 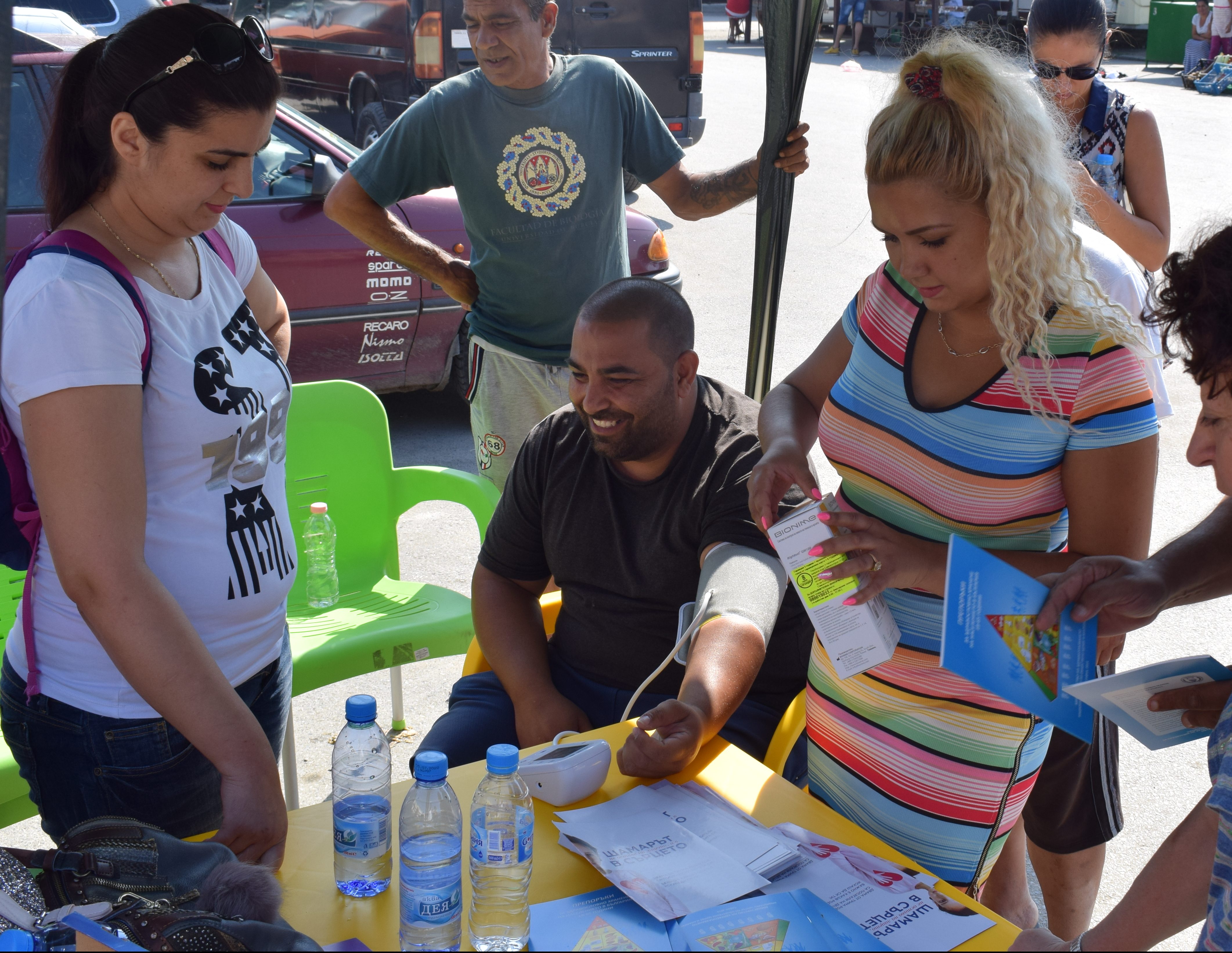 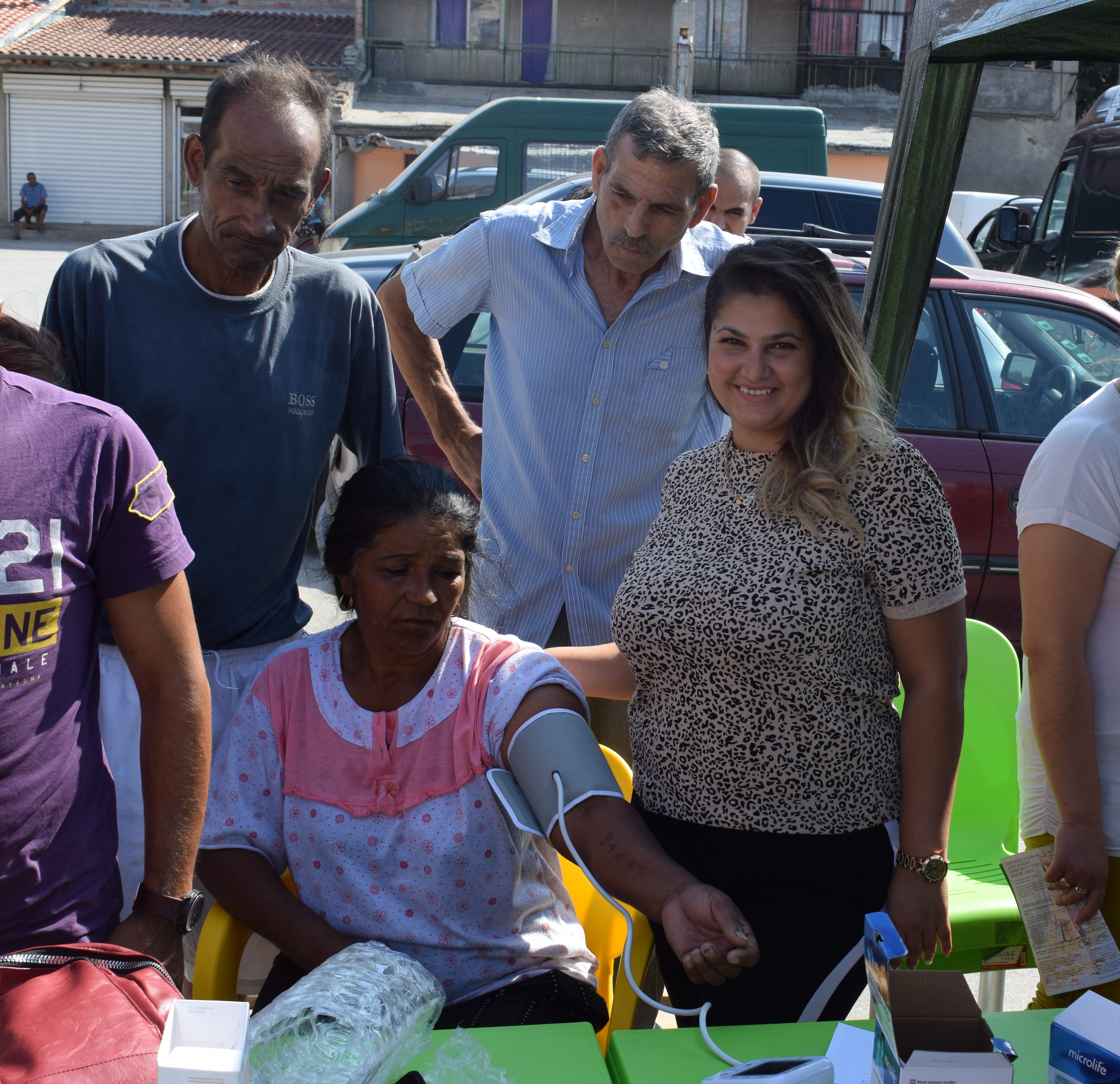 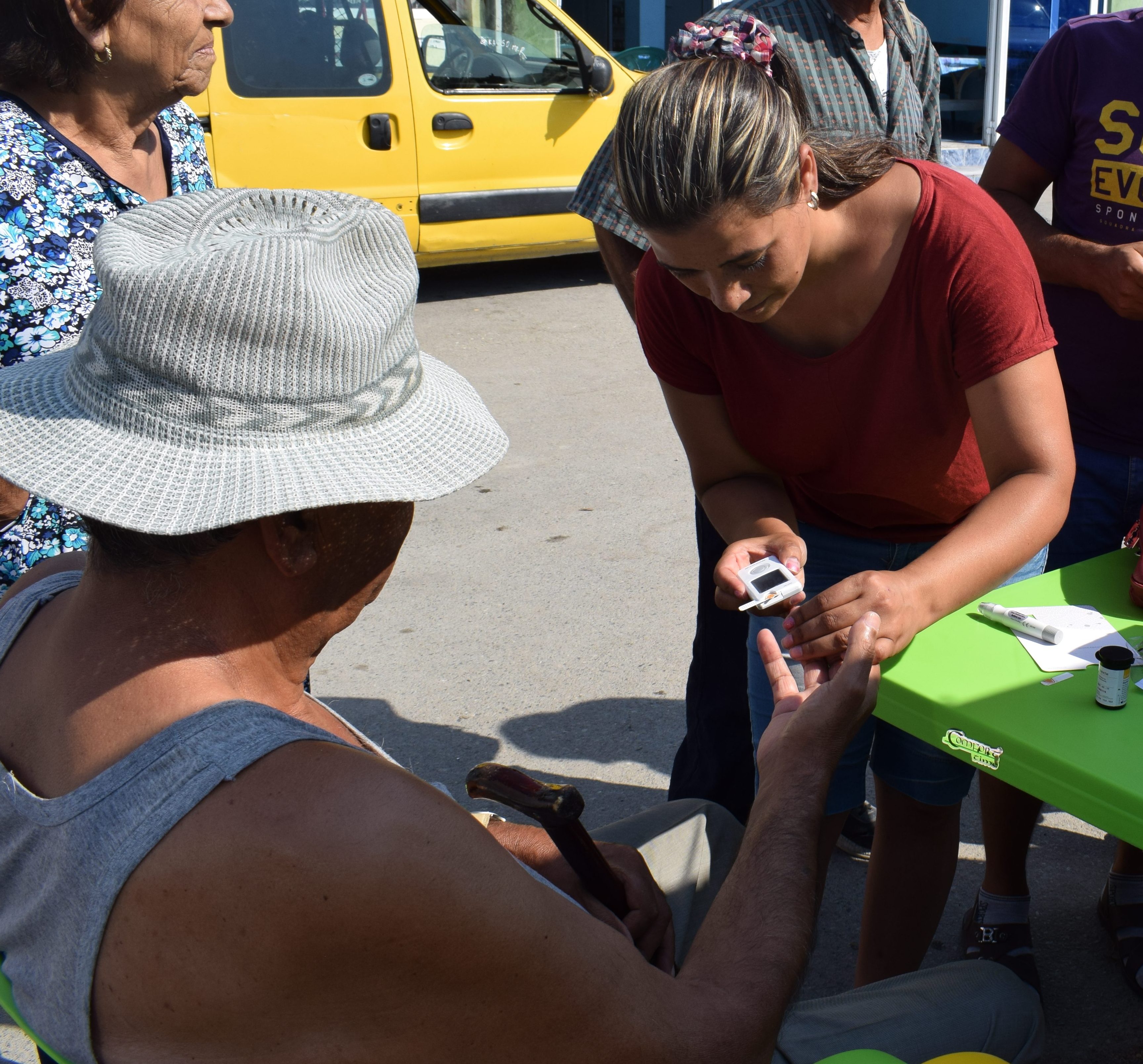 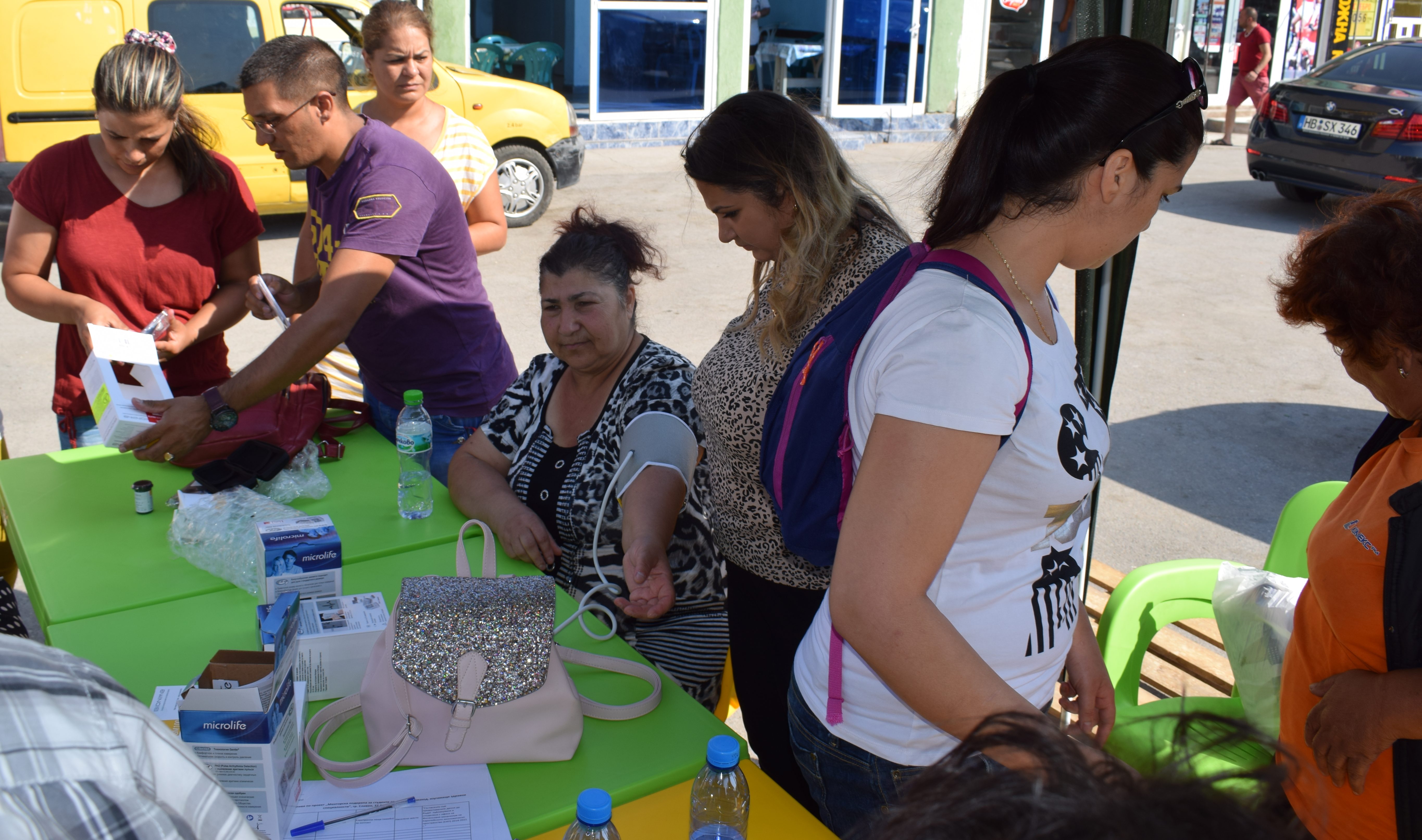 Medical students spoke about the importance of healthy eating in Lom

During the second event initiated and organized by scholars in the “Scholarship support for Roma students studying healthcare specialties”, future health professionals met with the Roma community in Lom. 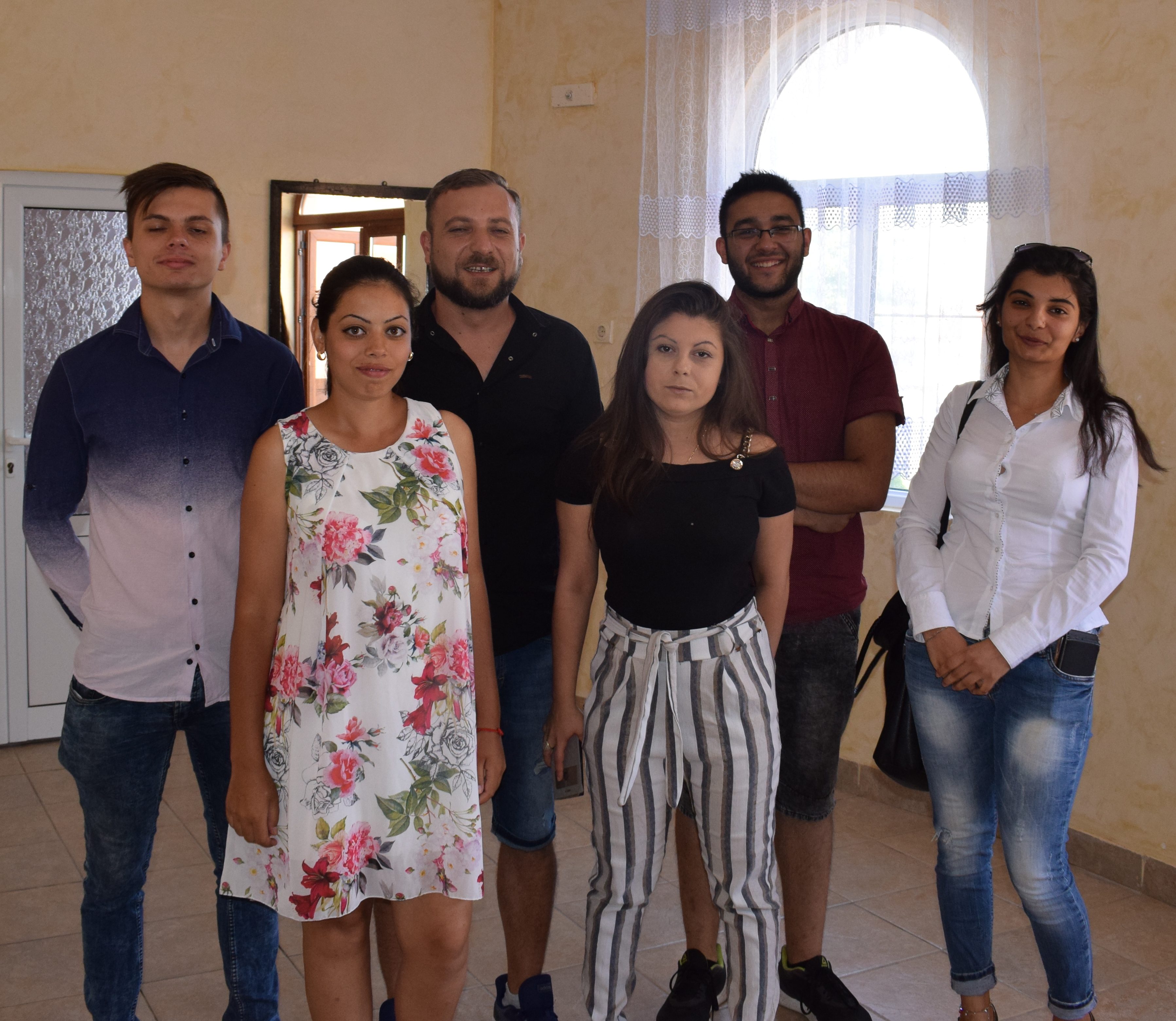 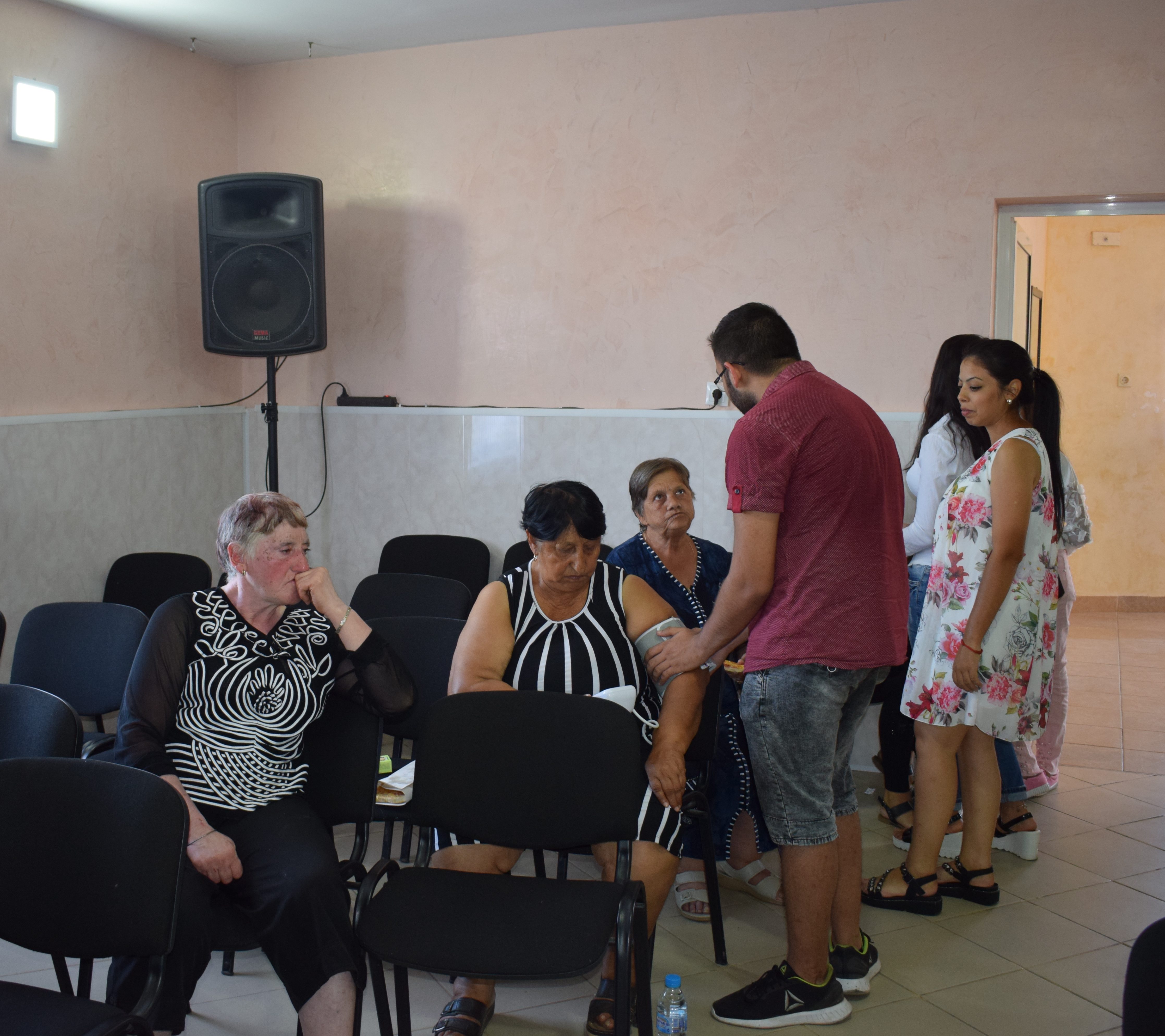 Three volunteer initiatives were organized by scholars in the “Scholarship support for Roma students studying health specialties” program in Sliven, Byala Slatina and Lom in August 2019. The initiatives were organised in the framework of the project “Mentorship support for Roma students studying healthcare specialties”. 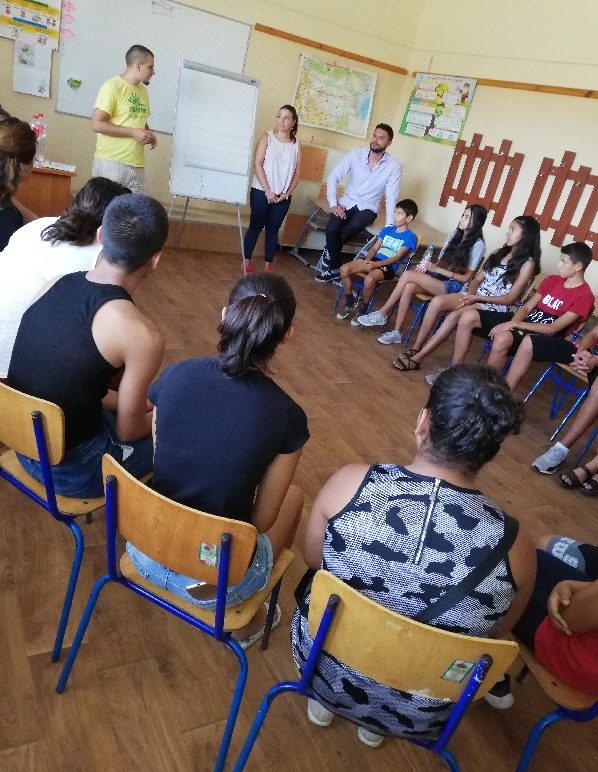 The first one, a talk on “Drugs – the health damage from their use and the consequences of addiction” took place on 7 August 2019 at the Hristo Smirnenski school in Byala Slatina. More than 15 young people between the ages of 13-18 participated in the meeting, which was kindly supported by the PULS Foundation – Pernik and the management of the elementary school.

The project “Mentorship support for Roma students studying healthcare specialties” is implemented by the Trust for Social Achievement Foundation, within the framework of the Active citizens fund Bulgaria under the Financial Mechanism of the European Economic Area 2014-2021.

Students will volunteer in Roma neighborhoods 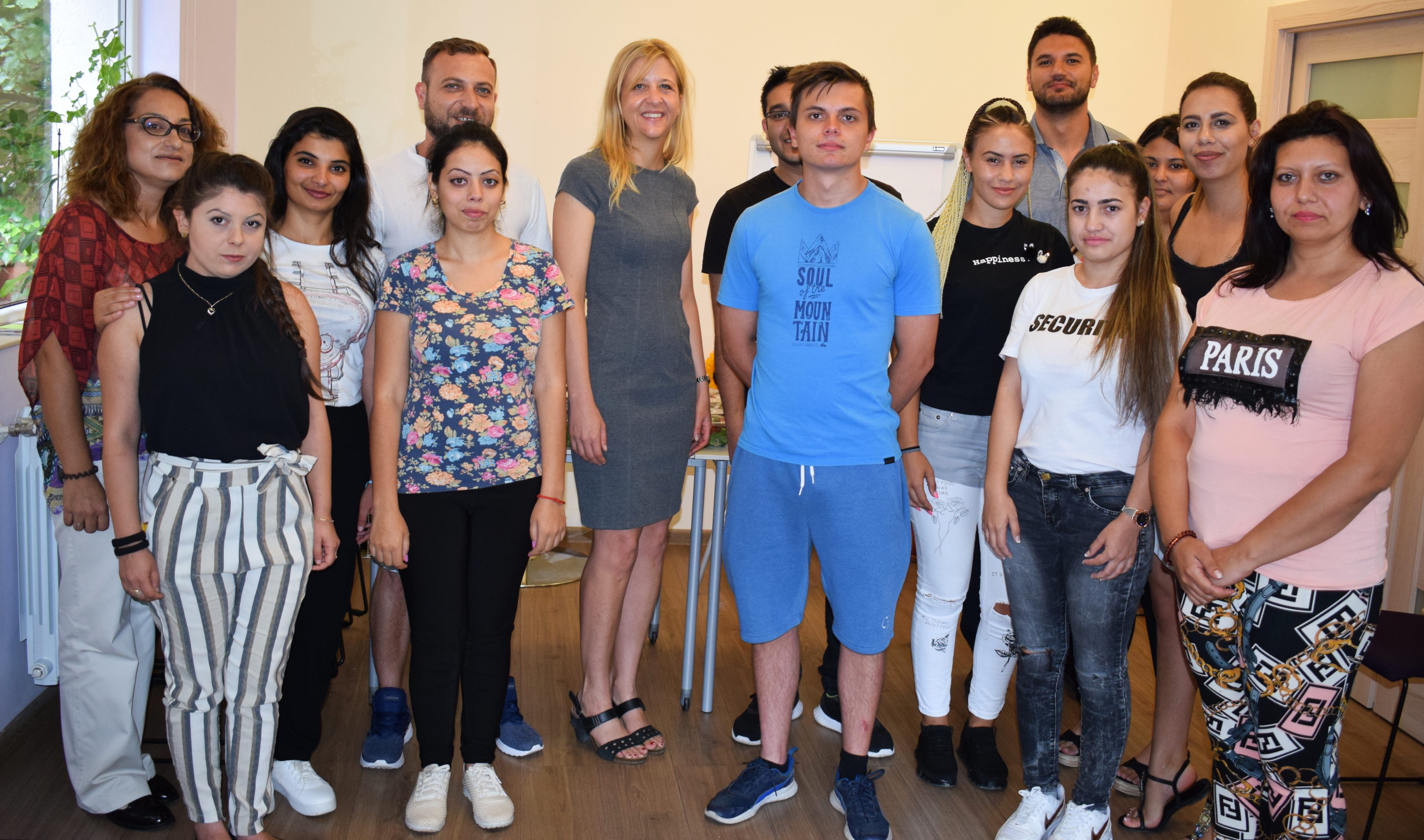 Roma students studying medicine and other healthcare specialties from different locations in the country will volunteer as part of the project “Mentorship support for Roma students studying healthcare specialties”. The project is managed by the Trust for Social Achievement Foundation and the idea is for participants to develop and implement an initiative or campaign to raise awareness about socially significant diseases among people living in Roma communities.

Today, part of the students participated in a meeting on the second component of the program, which specifically concerns the development of health-oriented initiatives in Roma communities. Students were also able to get to know each other through various game models and met with TSA Executive Director Sarah Perrine.

The first component of the program is the awarding of scholarships to Roma students studying healthcare specialties within one academic year. The whole program period is for 6 years.

The aim of the project is to develop role models in order to raise awareness of the health problems in the Roma community.