Sofia from Dalgopol: “Change is inevitable!” 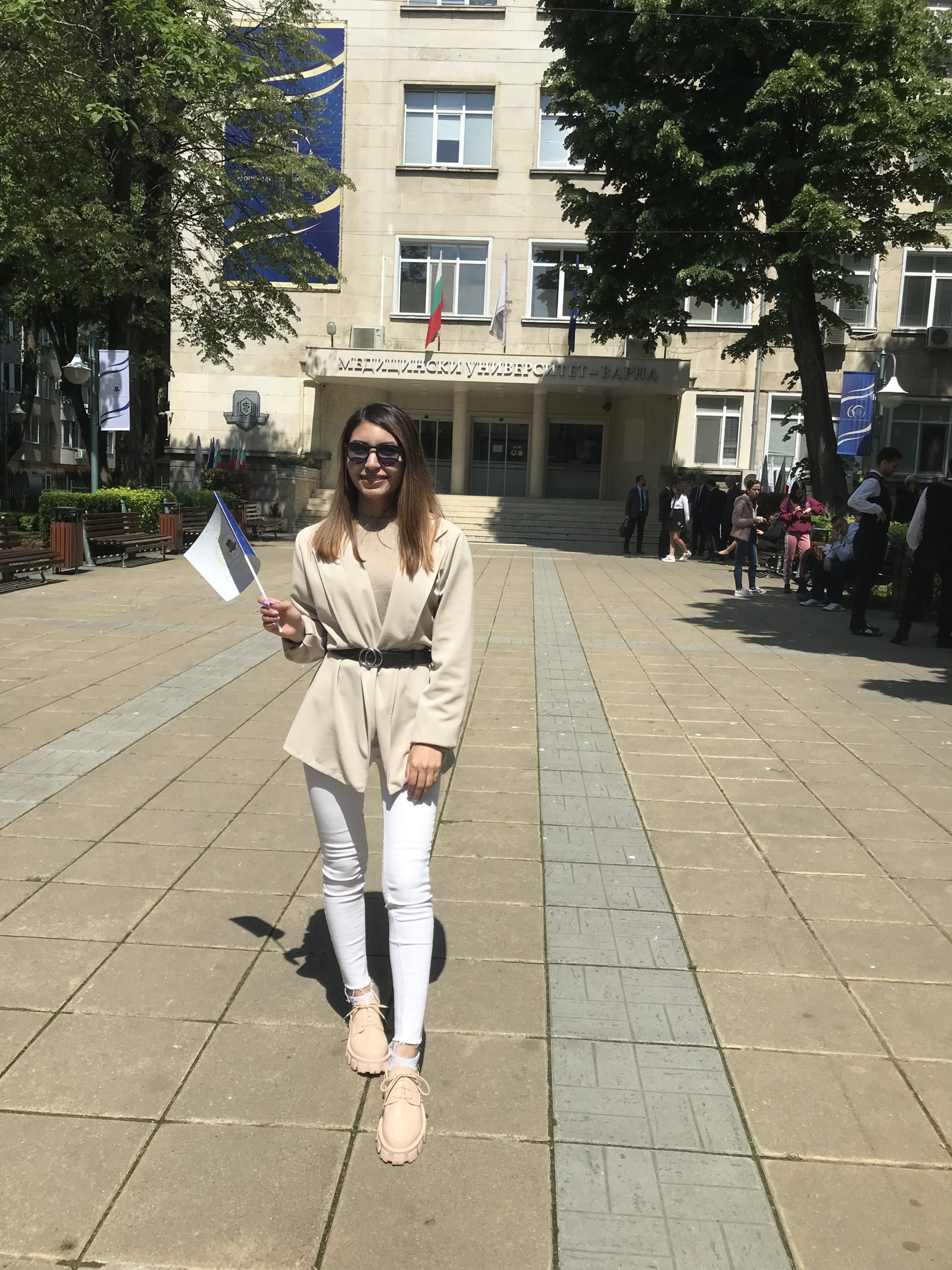 “She is purposeful, intelligent, hardworking. Her ambition is combined with a clear assessment of the possibilities.” These are the first words of Assoc. Prof. Klara Dokova, mentor of Sofia Martinova. The young girl is from Dalgopol and is part of the Scholarship Support for Roma Students Enrolled in Medical Studies and is pursuing a degree to become an assistant pharmacist at the Medical College attached to Medical University – Varna. 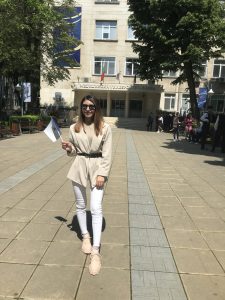 Sofia is fought to the end in order to pursue a career in Pharmacy, because she wants to advise people on how to look after themselves, to help them and explain in a language accessible to them,while in the pharmacy.

Her decision to continue her education did not surprise Sofia’s father or her brothers. At school, she was quite active and engaged in all kinds of extracurricular activities. She is grateful that she has relatives who understand her, support her and do not stop her from pursuing her dreams.

Sofia lost her mother soon after her birth. She has two older brothers who work from an early age. “Her eyes fill with tears as she tells me this part of her story, but she smiles again soon, starting to tell me about her grandmother and father who raised her,” says Assoc. Prof. Dokova.

From the very beginning of her studies, Sofia has been involved in scientific and specialized conferences. She presents reports from her first year at university. During the first time she participated at such an event, she was noticed by the Association of Assistant Pharmacists in Bulgaria and was invited to speak during their conference in the summer of 2022. For the same period, together with her mentor, she identified a topic and prepared materials in order to participate at the “Sea and health” conference. Sofia doesn’t hide that her first speaking opportunity at such a scientific event was a great challenge for her. At the same time, however, she sees this as an opportunity to overcome her anxiety and fear of speaking in front of large audiences.

In addition to university and research, Sofia loves to volunteer. That is why she organized an information campaign on the topic of blood pressure control in her hometown of Dalgopol. The idea for the campaign was born out of the fact that people rarely monitor their key health indicators. Sofia shares that she would like to work on raising the awareness of Roma communities on topics such as diabetes prevention and child nutrition. 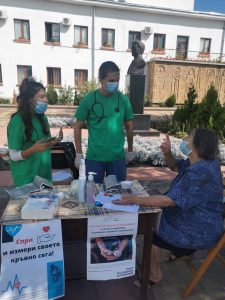 “I love Varna, I plan to spend many years here. Dalgopol is close so I can go home often. If I had the opportunity, I would work and live abroad to see how my profession develops outside Bulgaria and gain different experience, but I would not stay there long because I love my country,” says Sofia.

Apart from all activities, Sofia is also involved with the problems of her community and in addition to working on health issues, she is a volunteer for the local activist group of the Council of Europe’s RomAct program. She participates in researching community problems and looking for opportunities to solve them. “Through my participation, I am convinced that by engaging with the problems and working on them, change is inevitable,” Sofia says.

Sofia is one of the examples behind the data that the number of Roma university students has been growing for the last 10 years – their share has increased from 0.4% in 2011 to 2.6% in 2019.

This is exactly the role of the Scholarship Program – to directly and indirectly increase the share of Roma youth who study at university and graduate. On the one hand, it supports more Roma young people to complete higher education, and on the other hand, they themselves become role models and examples for their community and engage more young people to continue their studies.

Along with this, the Scholarship Program aims to address a structural problem of the Bulgarian health system. During the pandemic, the lack of health personnel was extremely noticeable, and this need is especially acute in remote and small settlements in the country. That is why the Scholarship Program aims to contribute to the training of much-needed staff, but also creates effective models for staff generation, which the state can multiply as a state policy.

At the same time, the pandemic has made it very clear that society’s health challenges are even more acute in Roma communities and neighborhoods due to a lack of long-term prevention and difficult access to health care and services. Through their projects, as well as their direct connection with the communities, students acquire new knowledge and skills, which they later manage to pass on and apply in their own communities – such as conducting information and prevention campaigns in connection with the urgent and specific needs of the communities. From 2019, every summer students volunteer to identify problems, organize and conduct health projects in small and large settlements throughout the country – Lom, Byala Slatina, Sofia, Parvomay, Rakitovo, Dalgopol, Sliven, Skobelevo village and more.

For their enormous efforts, the volunteers behind the small projects conducted in the summer of 2021 received the Ambassador Prize in the “Volunteers” category at the Fifth Annual HEROES Awards of the TimeHeroes.org platform. They were among the 15 awarded out of a total of 148 nominations. “Their work is an inspiring example of the development of a future generation of health professionals who have the power to be role models and activists. Those who are able to treat some problems in society, ” said the jury.

Against this backdrop, Sofia has already walked half the way to her diploma. “She only has her third year left and Sofia will become an excellent assistant pharmacist,” Assoc. Prof. Dokova says. She adds that she looks to Sofia’s future with hope, because Sofia does her best and gives everything she can. “I only pray that our society develops at the pace that Sofia deserves!”, finishes Assoc. Prof. Dokova.